New findings by the National Centre for Social Research have confirmed the long-term collapse in affiliation with the Church of England and the huge increase in non-belief.

Atheist Bigotry: Are Atheists Bigots for Generalizing About Religious Theists?

One complaint made about some atheist activists is that they are in fact anti-religious and anti-theistic bigots who are just expressing their personal bigotry, not arguing on behalf of atheists’ rights and liberty.

The International Federation for Human Rights (FIDH) has warned the Organisation of Islamic Cooperation (OIC) against pushing once more for a global blasphemy law.

The former Prime Minister has defended proposals “lowering the barriers to what constitutes incitement to violence” and pan-European plans to make Holocaust denial illegal and to ‘entrench’ “state funding for religious institutions into law.”

Morality, Religion and Experimenting on You

To help their soldiers on the front, Nazi physicians sawed off the limbs of concentration camp prisoners and then tried to reattach these body parts, but failed.

Is Mormonism a Form of Christianity? Does It Even Matter? 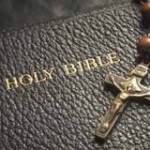 Much discussion about Mormonism revolves around whether Mormonism qualifies as a form of Christianity and whether the LDS Church is a Christian Church.

Going Clear also details the way the church deliberately undermined Cruise’s marriage to Kidman in a split that saw their two adopted children alienated from her.

Edgar Nernberg, a board member of Big Valley’s Creation Science Museum in Canada, discovered five fish fossils while excavating a basement in Calgary.

When there is a society or community, there must be an agreed set of rules.  These rules are based off an accepted ideology that is necessary for everyone within the community to be able to work together without having to worry about the people within their community.

Some conservatives have made mocking remarks about Caitlyn Jenner, but their attitudes obscure deep, meaningful questions about the meaning of gender.

The Suttons told of how one child grew up and took a job that meant associating with coworkers, which in turn led to her disfellowshipping, or excommunication from the religion.

The New Normal: Marriage Equality is an International Right

Interfaith Marriage is Common in U.S., Particularly Among the Recently Wed

Marrying within the faith is still common in the United States, with nearly seven-in-ten married people (69%) saying that their spouse shares their religion, according to a recent Pew Research Center survey.

Anything that wasn’t an essential grocery or food was cordoned off with string barriers with this message: “Due to Bergen County Blue Laws, these items cannot be purchased today.”

Which Religion Is Dying in America?

Partisans in America’s scuffle over religion are either celebrating or panicking, with the fans of Richard Dawkins blowing party horns while clergymen bite their nails.