Christianity Today Just the Tip of the Iceberg: American Christians Are On a Collision Course Thanks to Trump

The editorial, written by chief editor Mark Galli and published by the venerable magazine founded by Bill Graham, stated: “Consider how your justification of Mr. Trump influences your witness to your Lord and Savior. Consider what an unbelieving world will say if you continue to brush off Mr. Trump’s immoral words and behavior in the cause of political expediency. If we don’t reverse course now, will anyone take anything we say about justice and righteousness with any seriousness for decades to come?” (alternet.org) 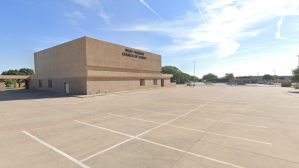 In a graphic live-streamed video from the service, the gunman – wearing a black hood – approaches the communion server before pulling out what appears to be a shotgun. He manages to shoot two worshipers at point-black range as the panicked crowd dives for cover among the wooden pews. Before the gunman can squeeze off a third shot, an armed “heroic parishioner” as police later call him shoots the perpetrator. Multiple other bystanders pull weapons and encircle the man. (rt.com)

The greatest moral failing of the liberal Christian church was its refusal, justified in the name of tolerance and dialogue, to denounce the followers of the Christian right as heretics. By tolerating the intolerant it ceded religious legitimacy to an array of con artists, charlatans and demagogues and their cultish supporters. (truthdig.com)

This week we talked with Jennifer, a 38 year old white woman from North Carolina who wrote in to say, “I am an evangelical Christian but I think Trumpism is actually, truly a religious cult.” She feels “horrified to watch most of my friends and family believe Trump is God’s chosen one … I feel like I’m living inside of the story “The Emperor Has No Clothes.” Am I the crazy one?! Why can no one in church see he’s naked!!!!!” (fivethirtyeight.com)

We’re living through a time when conservative Christians have a lot of political power, and we see how they’re using it. They’re shoving fellow conservatives, even unqualified ones, to lifetime appointments on the federal bench. They’re discriminating against LGBTQ people however they can; the government is kicking people out of the military and writing Supreme Court briefs in defense of discrimination at Christian-owned businesses. They’re making sure the White House is teeming with as many right-wing Christian leaders as can fit at all times. (friendlyatheist.patheos.com)

Although President Donald Trump was raised Presbyterian and has never been a Christian fundamentalist, far-right white evangelical Protestants have been a key part of his base. Trump obviously realizes that if the 2020 presidential race is close, he is going to need a heavy evangelical turnout. (alternet.org)