The World Humanist Conference in Oxford at the weekend struck me as a completely religious gathering, even even though it is predicated on atheism. [Read more]

It’s a frequent Christian apologist argument that atheists do not really exist and that everyone believes in god regardless of what they say. But scientists rarely try to make this claim. [Read more]

Politicians in South Carolina don’t have a great track record with science. Earlier this year, creationists in the state legislature tried to derail an 8-year-old girl’s request to make the woolly mammoth the state fossil. [Read more]

As Biblical Literalists, the Young Earth Creationists who run The Creation Museum don’t just think that God created a massive localized flood that may have caused destruction throughout portions of the Middle East. [Read more]

The Problem of Good

In religious debate, much is made of the “problem of evil;” that is, if god is good, then why is there so much evil in the world. [Read more]

A group of high school cheerleaders from southeast Texas asked the state Supreme Court on Wednesday to rule on whether banners emblazoned with Bible verses that they display at football games is protected free speech. [Read more]

Kudos to Atheists for Declaring Themselves

I applaud the people in last Sunday’s article who are creating atheist churches. In my book this is our planet moving in the right direction. [Read more] 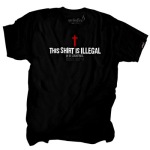 It seems to me that even though the Christians today might be persecuted out of their abundance, those who in their poverty of numbers are in danger of being wiped out are being the more persecuted. [Read more]

The Growth of African-American Atheism

Christianity remains central to life in the Southern United States. But with non-belief growing, secular organisations are finding new ways of supporting those who are breaking with their faith. [Read more]

The worry is that such changes may combine with climate change and chemical alteration of the oceans to create an environment that’s less and less hospitable to life, including humans. [Read more]

Hundreds of Christians may be boycotting Adult Swim’s new live-action comedy series Black Jesus, but millions more have given the controversial new show a huge thumbs up, according to its ratings last week. [Read more]

Robin Williams is spending an eternity in the fires of hell according to many Christians. The Internet is full of blogs, tweets and comments from the faithful reporting that the beloved actor and comedian is now suffering an eternity of torment, consumed by hell’s fire. [Read more]

Islamic State has crushed a pocket of resistance to its control in eastern Syria, crucifying two people and executing 23 others in the past five days, a monitoring group said on Monday. [Read more] 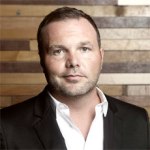 Seattle megachurch pastor Mark Driscoll has been removed from a church-planting network of more than 500 churches he helped found after a pattern of “ungodly and disqualifying behavior.” [Read more]

Physically Attacked at an Atheist Event By a Fellow ‘Feminist’ Atheist

I always thought if I were ever to be attacked by someone I only knew from social media especially Facebook, it would be by a homophobe, biphobe, transphobe or a religious fanatic who didn’t like my LGBT rights advocacy or anti-religion posts. [Read more]

The Continuing Decline of American Religiosity

The Richard Dawkins Foundation website highlighted a post by Tobin Grant, a professor of political science at Southern Illinois University whose interest is the sociology of religion, and who writes about it at the site “Corner of Church and State” at the Religion News Service. [Read more]

5. The stories in our sacred books aren’t history, nor were they meant to be. The authors of these books weren’t historians but writers of historical fiction: they used history (or pseudo history) as a context or pretext for their own ideas. [Read more]

2 thoughts on “This Week in Religion and Skepticism” 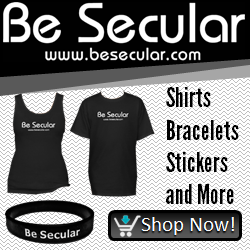